BEHIND THE RIFFS: EYE OF THE STORM 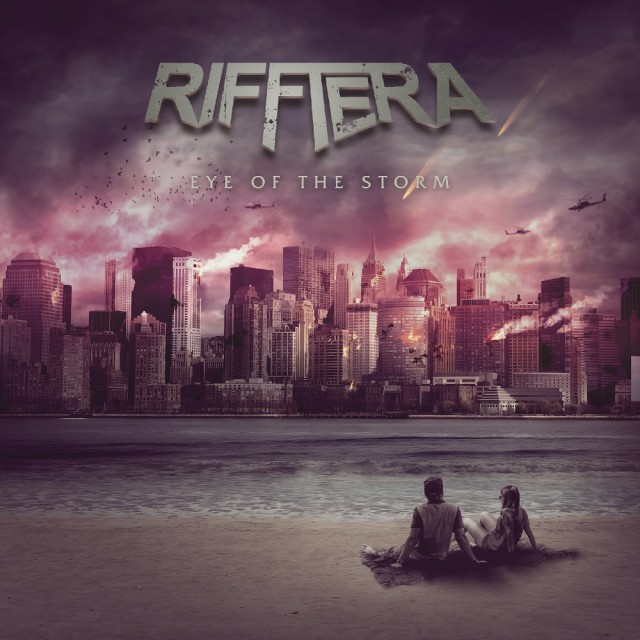 I can remember that it was fall 2014 when I was visiting my parents at the countryside and wrote the intro. The recordings for Pitch Black had started so I just stored that riff to my collection, but it was clear from the beginning that the riff would work as a start for some song on the next album. And now we know that the song ended up being the lead single.

The outro was something that I had created a many many years ago. Well, most of it anyways. And when I then found it from my archives I started to work with it and ended up creating the second part of the chorus based on it. Which then led to the creation of the first part of the chorus and so on. Antti has told how the outro reminds him about Scar Symmetry, and I can agree, although I haven't actually even listened Scar Symmetry when I had created it originally, so the influences weren't from there.

Some black metal nods on the verse. Our band's official Satan worshipper Ville is probably pleased about that. Although actually, even though he plays in true black metal bands wearing corpse paint and all, he seems to like our popish songs the most. Well, basically Antti, Jupe and Ville seem to all always cheer for our softer side. And I ruin everything for them by adding thrash riffs everywhere.

First testing the verse with already existing intro & chorus felt kind of wrong, because it changed the song's atmosphere so much from what I originally had in mind. But then I started to like this combination and I can remember the part after verse (which I call verse-perse in my song structure markings) and pre-chorus coming together very easily. After I came up with the first couple of bars the thing just wrote itself.

There are lot of clean vocals in Eye of the Storm. On Pitch Black we used clean vocals almost only on choruses and using those more on the new songs was a conscious choice, due to the variety it creates. I also think that I have evolved a lot in the writing of vocal melodies, which makes it a lot easier to add those parts in.

With Pitch Black the situation with many songs was that we just recorded the chorus with our instruments and then I started to wonder what the hell would be sung on it and how. With Across the Acheron I at least wrote the vocal melodies right away with the other parts of the chorus. But there was still a lot of improvement left for the future. For example it wouldn't really hurt if Mikko wouldn't need to sing 90% of the main melody from the top of his range, looking like he will pass out in any moment.

There's a really nice piano thing going on on the chorus. But you don't probably hear it since Ville is acting crazy on the drums and we others concentrate on making other noises over it. And I didn't mix it to be more audible, because everything else needs to be heard also. Difficult choices. But I'm a metal guy; I think that guitars need to be loud and so does the drums (especially bass drum needs to be crushing). Should release some vocals + keys -versions of the choruses at some point so people would notice that under all the chaos there is normally something beautiful going on with vocal harmonies and key strings.

Interlude's whisper-part has a couple of layered vocal tracks on it. In addition to the actual whispering I also tried some other ways of delivering the lines and one that you can hear is something that Mikko laughed at and named as "grandma witch" -voice. I may not sound like a 90's Bon Jovi with my clean voice, but at least I can do some grandma witch...

The lyric video created for this song is definitely my favorite of our videos. It doesn't pale in comparison to any lyric videos released by big bands. So thanks goes out to Perish Films for that.

It would of course be good to have some "real video" released for some song, since we've now done couple of albums and have only three lyrics videos and one "home video collection" -video to show for it. But it's all about the money. We pay / do everything ourselves and although the budget for Across the Acheron was pretty big for such a small band's homemade album, it all went to the result that you hear + to the release. You need way more money to get a good looking music video that would contain us playing etc. than a good looking lyric video, so the choice is then easy.

The reason why I wouldn't want to tell what I mean with my lyrics is that people would think what those mean by themselves. And with Eye of the Storm and its lyric video I finally got to read some interpretations about the lyrical content. It's way more interesting this way from my point of view, although the interpretations could be far from the truth. 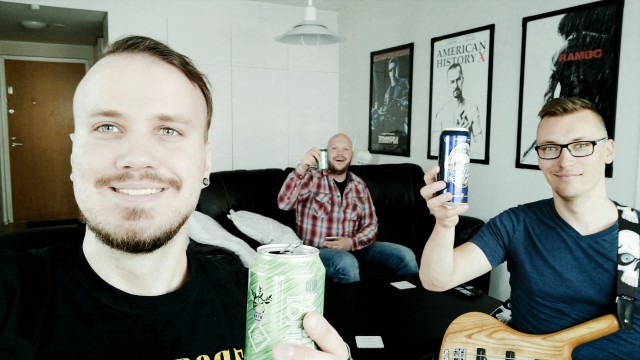