BEHIND THE RIFFS: WARMONGER 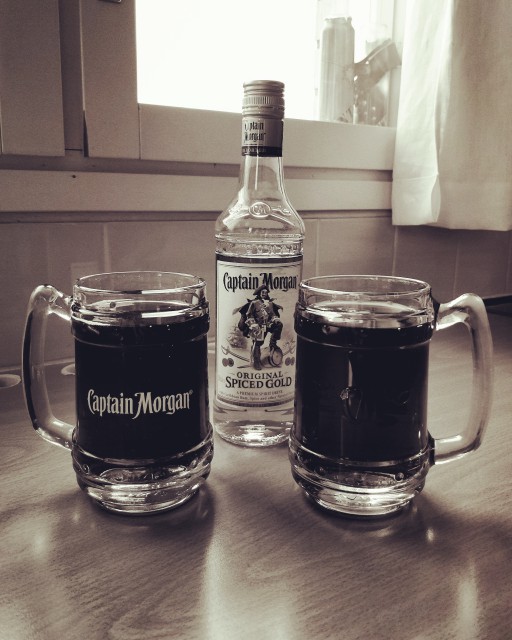 Slow song in the scale of our released songs. Just 150 bpm, so same tempo as Pitch Black's Ashes Fall. Crushing riffs and some horror-feel – not least due to the keyboard sounds. We were pretty excited when the main riff's dramatic string sound was found during the recordings of keyboards. Same sound was later used with another song that has so far remained unreleased. And it will very likely be used with other future songs also.

I like how heavy the song is until the first pre-chorus starts. Some killer riffs there in a row, culminating to "The Riff" (the one that's played during the "strike first or they gonna..."-part), that is one of my favorite riffs on the whole album. Heavy as hell. Verse is basically pretty simple, but I wanted to test that kind of more straightforward riff as a base of it and it worked out great. Verse-keys continue being dramatic. And I like how the bass is growling under the guitars during it. From the drums I need to point out that I really like the tom fill Ville does at the end of the first verse.

After all this praise it could be a surprise that I was actually doubtful about this song when it was time to finalize the mixes and send the album to Finnvox Studios's Mika Jussila for mastering (which was pretty nice by the way, as the guy has mastered a big pile of albums found from my collection and many of those are the best sounding albums I know). I really loved some parts of Warmonger, but then I wasn't sure if the quality was holding up throughout the length of the whole song.

Before the final decisions I did even create a drastically edited version of the structure in which the whole pre-chorus -part was cut out to make it shorter. And I also started to seriously consider if we could somehow still manage to record the missing parts for one of the songs that were left out from the album. Well, the fact was that there was no time to work with the other songs at that point anymore. Even the lyrics were missing from those and our working speed tends to be something comparable to an injured snail. So eventually the song and the original structure was kept as it was.

Funny thing is that sometime after the album release we asked on our Facebook-page what are the favorite songs of our followers and Warmonger was mentioned right away couple of times. So apparently the quality is holding up throughout the song. Or the other songs are really shitty.

I seem to have a love / hate -relationship with the pre-chorus. It was actually already part of Pitch Black's The Ruins of the Empire at some point of the creation of that song. I didn't like it there, but I still wanted to use it somewhere, because I still liked it as a separate part. And as you now know it was almost cut out from this album also. Luckily it was released so I don't need to go through this again with the third album.

The instrumental part of chorus is probably something that has been created before 2010. So again something from the archives. Vocal melodies and lyrics were however created during the Across the Acheron -production.

Oh, and there is a nice solo by Mikko. Again.

Have to mention that Ville's phase was pretty phenomenal in the drum recordings, which took place at Nordic Audio Labs and were handled by Sami Koivisto (I was there just as an official supervisor, giving my more or less important comments). It took him one day to record 10 or was it 11 songs. Some retakes and couple of songs more were recorded on the next day and that was it. Overall the whole process took four days; one to set everything up, two days to record everything and last day was spent with some preliminary editing and getting the files ready for my use. Between the "working" Ville stayed in my apartment and we watched movies where people shoot with Uzis. We found out that if there is an Uzi, then the movie is very likely a good entertainment.

Working title is related to the first original sketch that I had of the beginning of the song. It contained some riff that made Mikko go; "I don't understand that part". Well, it clearly had a different feeling on it. A spacious feeling. So although the riff was then dropped out the space-related title remained. It also contains a reference to the band's most common drink of choice.

Lyrically this song is again a bit more direct one. The war clouds are always looming in the horizon. 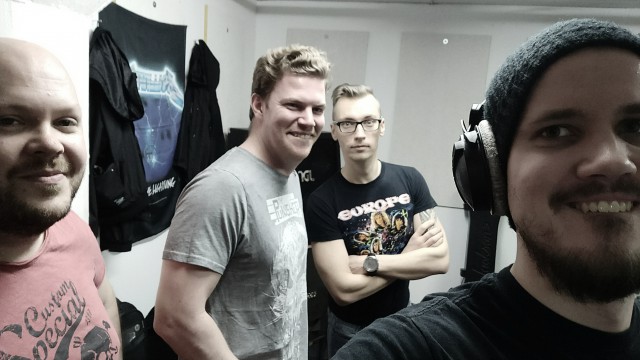