BEHIND THE RIFFS: ACROSS THE ACHERON 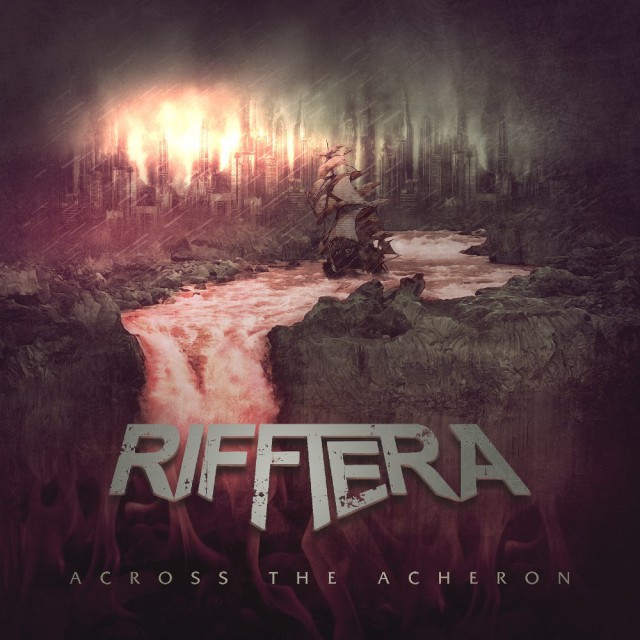 I like the idea of having an epic title song at the end of the album. With Pitch Black it was clear that the most epic song would be the last but it was chosen as the album's title track just because the name sounded good. With Across the Acheron it was then easy to decide to follow the same method when the frame of the song started to build up and we seemed to once again have an epic song coming.

If somebody asks what kind of metal we play, I always use the description that we are a mixture of melodic death metal and thrash metal. But I guess mentioning progressive metal as the third building block wouldn't be that far fetch either. We do have some influences from black metal, some from heavy metal and pretty much all the other metals from the periodic table. But progressive metal is generally more present than the others. And this song is a good example of that.

Intro could be taken from a Megadeth song. And I think that's how I tried to inspire Mikko with the solo; "play something that would fit into Megadeth song!". According to Mikko's comments this was maybe the most challenging solo for him to come up. But the result is really nice again.

I was struggling with the search of a good clean guitar tone for this song and I was really annoyed with this noise that seemed to pop up every time when I started to play the intro riff. Basically a small clicking noise, that my pick caused with the first contact to the string. I tried to get rid of it with different ways until Mikko came to visit and laughed that he can't hear anything. Well, it's not the first time when I start to hear things being a bit louder than they actually are when I'm mixing and editing songs.

While working on the album Janne said he had one epic track in mind and asked if I had something he could use. I went through my drawer and found this really old piece I had done when I worked on a soundtrack for one amateur short film. It was a sentimental string section with some ethereal sounds and I thought it might bring a nice touch to some epic track so I made notes of it and sent them to Janne. Melodies were kept as is, but Janne came up with a twist. He added so fast drumming into that piece that Ville probably wet himself after hearing it. I felt sorry for Ville, but luckily he's a badass drummer and handled it well. And if you're still wondering this part became the verse for the title track of the album.

I have to point out that actually in my original idea the drums were doing a blast beat in the verse, but Ville changed it to the double bass madness you hear now. A good leg workout, I would imagine.

After it was clear how Antti's composition would be used as a verse, the part after that (=verse-perse) did come together very easily. One of those times when I heard right away in my head what should happen next. I play the leads on that + the lead at the end of the song. Those are my only contribution on this album that could be classified as some sort of solos. Like I wrote in some previous "behind the riffs"-story; better to let Mikko take care of the solos as he can do those a way better than I do.

Although the guitar lead after the last chorus, before the outro, is as simple as you can expect from such a simple player, I need to point out that I really love the part when it follows Mikko's vocals for a couple of notes. Gives me pleasure every time I hear it.

The chord progression and keyboard melody played on the chorus could be from some atmospheric 80's pop song. When I originally introduced the chorus to Mikko he said that "so the best chorus will once again be on the last song". On the last song that is so long that only a few have persistence to listen to. At least to the point where the chorus starts. But it's there somewhere, I promise! If you really put your mind to it, you'll be able to hear it one day.

I deliver my vocals in pretty many different ways in this song. On the verse I tried to sound as pained as I can. It took quite a many attempts to get the result I wanted but at least it now sounds pretty painful. And that's what it started to actually feel during the recordings. Then there's a small part with my clean vocals; the "how we hated our shadow..."-part. It's a bit different way of delivery than what I did in Cutthroat Game and I like this better. Then there's my rally English -lesson on the interlude. Tried to hide my Finnish accent as much as I can, but well, it's always there. If nothing else, I like the end of that part when I shift from speech to scream. It was basically the reason for the whole speech-part, because I wanted to try that kind of thing.

The melody that starts from the beginning of the speech and ends to my low growl is called Argentina. That's because I right away imagined that if we would be a big band performing somewhere around that region, the audience would definitely sing that melody according to what can be seen and heard from the live concerts recorded there.

The final hits of the song are a tribute to one progressive metal band that is liked by all of our members. And especially a tribute to the ending of their best album (from my opinion, and this opinion is not shared by many). Antti did even use the same kind of keyboard sound which fades away in similar fashion as it does in the album we pay homage to. Don't know which band, album and track I'm talking about? Well, now you need to listen through all the progressive metal bands and their albums to figure this out.

If you do not know what the name means; Acheron is a river in Greek mythology that divides the world of the living from the world of the dead. I really like to get inspiration to my lyrics from all kinds of mythologies, quotes from historical figures and even from religious stories. I'm not religious at all, but some Book of Revelation -stuff is pretty metal.

Basically the song sums up all the things gone through on the previous songs and comes to a conclusion that "no matter who you are, we are all fucked". 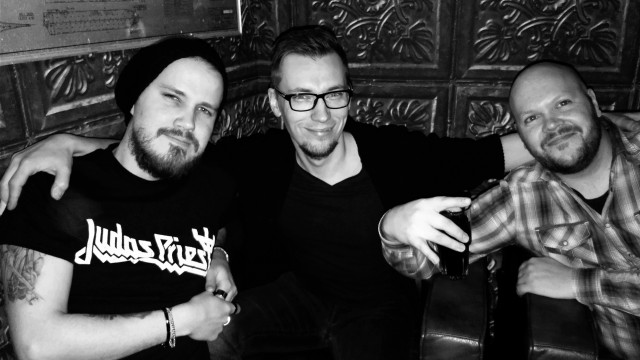 HOW WE HATED OUR SHADOW
AND STAYED HIDING IN THE DARK
HOW THE TWISTED REFLECTION
WAS THE ONE WHO TORE US APART
WE WERE TORN APART
NOW WE ARE DONE FOR
OH GOD, WE ARE DONE FOR